Solidarity and helpfulness belong to the corporate philosophy of Georg Zingerle, the owner of Mastertent, just like passion and willingness to act.

Helping, turning the company's purpose completely upside down and being a pioneer through innovation exactly in times of crisis? That's Mastertent. We don't just observe, but help and lead medical and business into a new "safe normality" with our COVID-19 solutions.

Read here about Mastertent's charity campaign in Lombardy and how the party tents there were converted into test stations.

Gazebos on a Special Mission

Usually, we rent our gazebos for sports and music events. In March this year, we changed our approach. Now the gazebos are in use against COVID-19. 120 of our folding tents have been provided free of charge to various institutions such as hospitals, civil defence and the medical service. They even made their way to the airport. 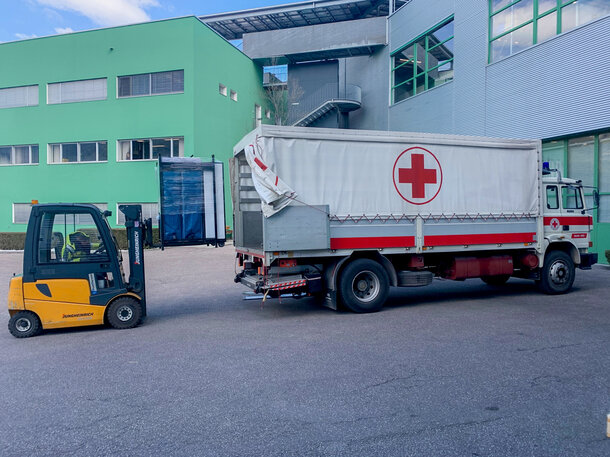 Every contribution counts
Under this slogan, we have lent our entire rental park to help in the battle against COVID-19 for free. Here you can find out everything about the campaign. Read more
Read more

The North Italian region of Lombardy is known as Italy's central area of the COVID-19 crisis. The media reported daily about shortages in medical services and how the COVID-19 heroes are sacrificing themselves.

This is exactly why Lombardy was the main target of Mastertent's donation campaign in March. There, a total of 84 gazebos of the rental park was provided free of charge for the daily fight against the virus.

We are aware that this was only "a drop in the ocean" concerning the whole Corona crisis in Italy. But a steady drop wears the stone, so we are proud that the tents could be used there in a meaningful way. 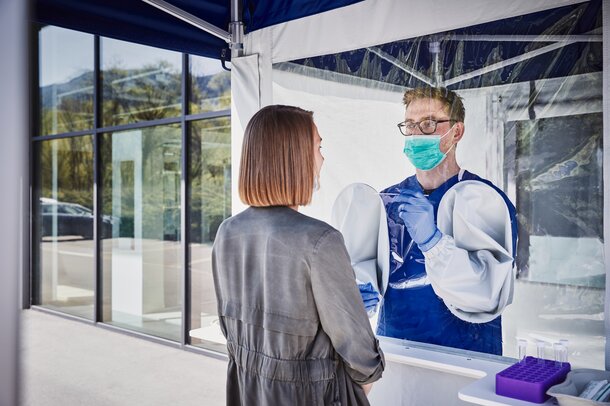 Gazebos still in Use

Only what can be measured can be managed. To prevent a second wave of epidemics, tests are still being carried out throughout Italy and all around the world. Developments are being closely observed. Just yesterday, May 5, it was reported from a blue test station consisting of Mastertent tents in front of the hospital in Brescia, that 5,923 people are now considered cured with double negative Corona test. Sounds promising, doesn't it?

We are already looking forward to the new tomorrow! But we know that only with prevention in all areas, both in the medical sector and in companies, the Coronavirus can be overcome.

This is how Corona Prevention Works

Within a very short time, the tent manufacturer Mastertent has developed a whole product range for a "safe normality" in phase 2.

In addition to various tent solutions such as protected visitor centres in front of retirement homes, safe goods collection and goods receipt points for companies, ingenious test cabins and a disinfection tunnel for a considerable minimisation of the risk of infection, protective partition walls and fabric masks are now also produced in Mastertent's production facilities. 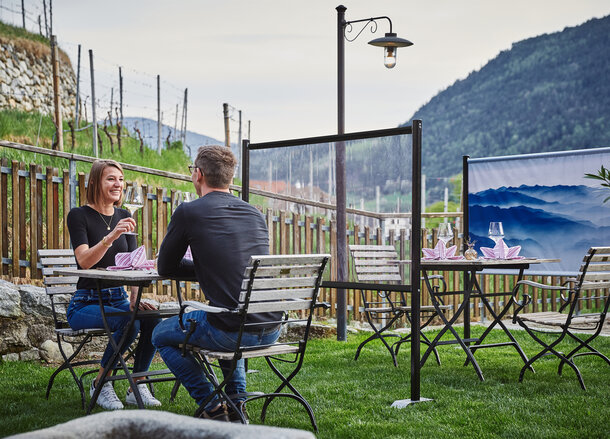 Soliman’s Dream
See article
Our customers
What are you looking for?
Can we help?
Requests